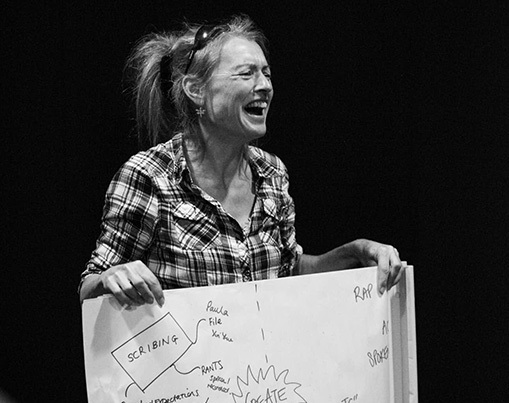 is senior lecturer in Drama, Theatre and Performance at Queen Mary University of London.

In my career as a teacher, director and dramaturg, I’ve been interested in the incredible sounds and creative powers of voices in poetry, performance and song.
In our culture, voice is also an issue of social justice.
How well do we listen to each other and how can we use performance to make sure everyone is heard?
In The Verbatim Formula, performance is an embodied way to think about the world, whether we are working with the expertise of young people, elders, professionals or artists. What we share with each other is foundational.

“I think we all need to listen better – now more than ever.” 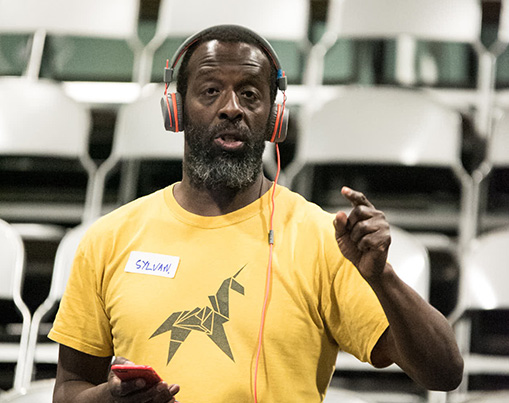 is a lecturer at the Royal Central School of Speech and Drama and a socially engaged arts practitioner and researcher.

I have been a practitioner and researcher working across the fields of applied theatre, socially engaged arts and social justice for the past 30 years. My practice has taken place across the UK and globally in sites in Brazil, and the USA, in a diverse range of contexts and communities and has a specific interest in international interventions in site of conflict and transitional justice.”

“We need to help adults to hear what care experienced young people need to say!” 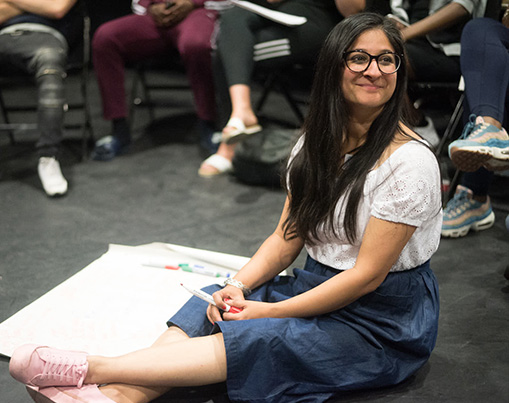 is senior lecturer in Corporate Social Responsibility and Business Ethics at Queen Mary University of London.

“Effective accountability hurts, we must all be prepared to hear things we don’t expect” 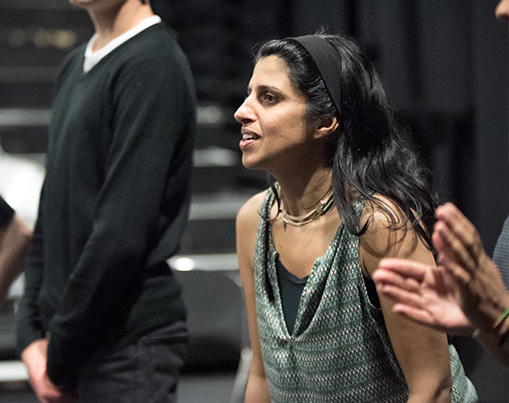 is a freelance artist who has 20 years of experience directing and facilitating socially engaged drama interventions with disadvantaged community groups.

“If the education system wanted to make a real impact on the future, perhaps it should consider Listening as seriously as it considers Maths.” 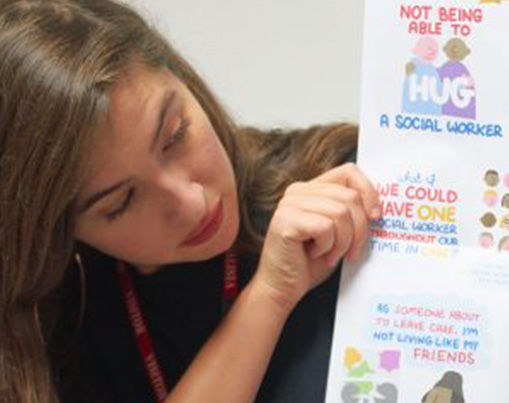 is a youth worker and informal educator. Her practice is ‘rights-based’ and informed by a radical youth work paradigm. She employs critical education methods to build projects with young people in pursuit of social justice. She is the research assistant on The Verbatim Formula project, is passionate about participatory action research as a way to challenge epistemic and social injustices. She centres creativity and imagination in collective processes to shape our future from our dreams. 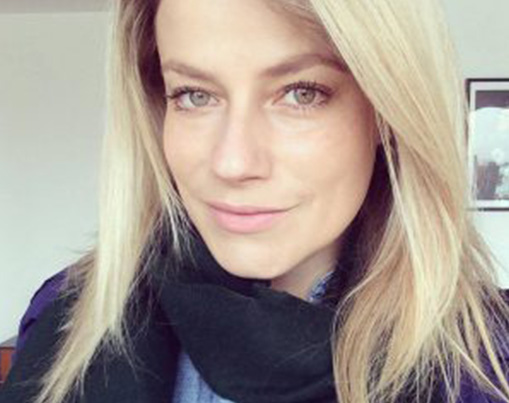 is project manager for TVF. She manages a number of People’s Palace Projects initiatives, including the Building the Barricades project in arts and wellbeing, PPP’s research into Violence Against Women and Girls and With One Voice – arts and homelessness UK-Brazil exchange. 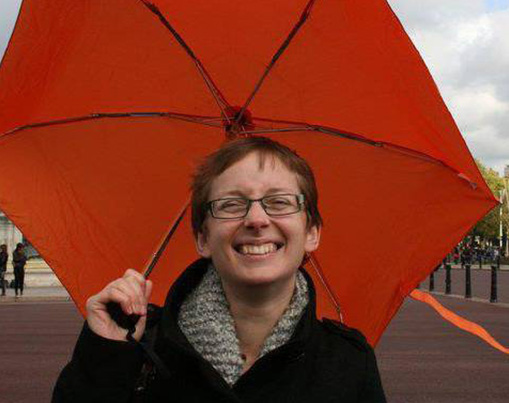 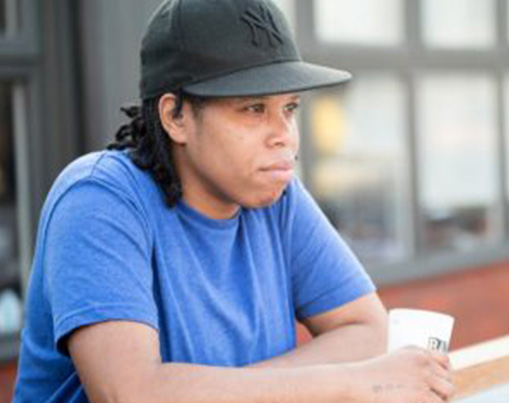 Shalyce has worked on The Verbatim Formula at PPP since 2015.  She is also one of the founders of The Topé Project, which aims to bring together care leavers for events including a Christmas Day lunch that create positive memories, inspire them for the future and promote more emotional support. 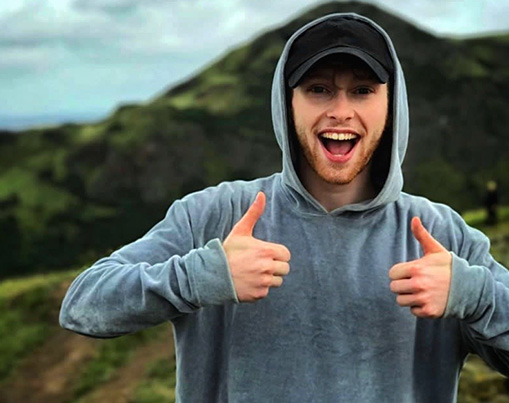 Alfie has been a regular facilitator & performer on The Verbatim Formula since the first residencies began in 2014.

Currently on the Mayor’s Peer Outreach Team apart of the Education & Youth Department, and a Peer Support Worker for the Childrens Domestic Abuse Organisation ‘Free Your Mind cic’, his works focus is on Youth Advocacy. As an actor, poet & writer, he has worked on Hollyoaks (Special Homeless Episode) and Casualty (Mental Health), the BBC & ITV. 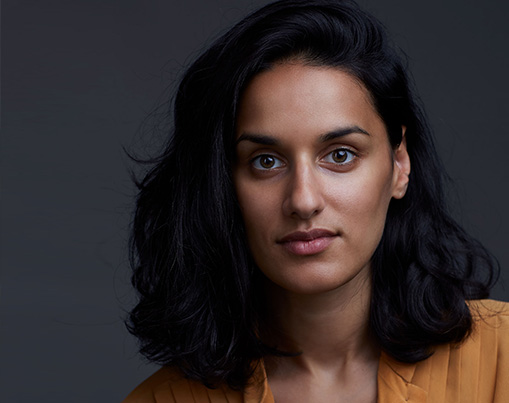 Hussina is an artist, actress and facilitator working across film, photography and performance who has worked with PPP on our projects with young people since 2015, including The Verbatim Formula and Can We Talk About It? in 2017.

Hussina has an MA in Acting from the Royal Welsh College of Music and Drama, as well as a Post-grad in Law and BA (Hons) in Criminology. Her varied career in arts work with young people includes projects at The Roundhouse, Rich Mix, Stonewall Housing, (NRG) Terrence Higgins Trust, Index on Censorship and our neighbours Project Phakama, where she was an Artist Bursary recipient in 2019 and 2020, producing a 4-minute film ROOTS which premiered at BFI’s London Film Festival in October 2019, and later a documentary on Lockdown.

She is passionate about working with young people and marginalised communities, with her work focusing on exploring socio-political issues surrounding notions of identity, heritage, belonging and subcultures. 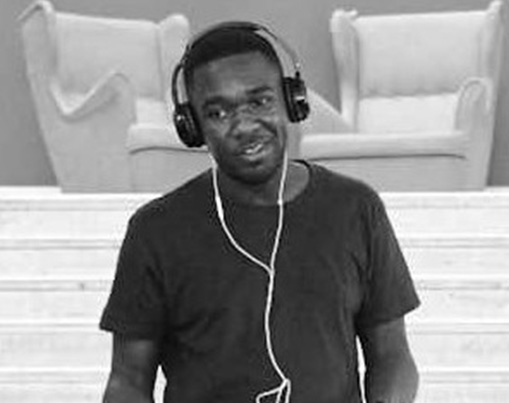 Michael has been a regular facilitator and performer with The Verbatim Formula, working on our residentials and presentations since 2014. As an associate artist of Playing ON Theatre Company, from 2010-2012 he was part of PPP Cultural Warriors programme, working with AfroReggae in the UK and Brazil. Michael has worked with groups of young people and adults across London on arts and social change projects focusing on mental health, the criminal justice system, the social care system and more. In 2019 he completed is Masters in Screenwriting. 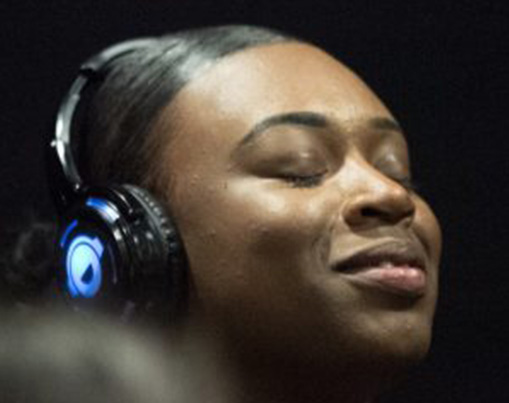 Henrietta Imoreh is an applied theatre practitioner who trained at Central School of Speech and Drama and who has a lifetime’s history of being engaged with policies that tackle the over-representation of looked after children in the UK’s criminal justice system.  She has facilitated workshops and residentials for The Verbatim Formula since 2014.

Henry has also worked at Battersea Arts Centre and at EY Foundation giving careers advice; is a public speaker for her local authority; and is a Board member of Agenda: Alliance for Women and Girls at Risk.  As a member of The Agency at BAC, she set up her own theatre company for care leavers, Redefine. 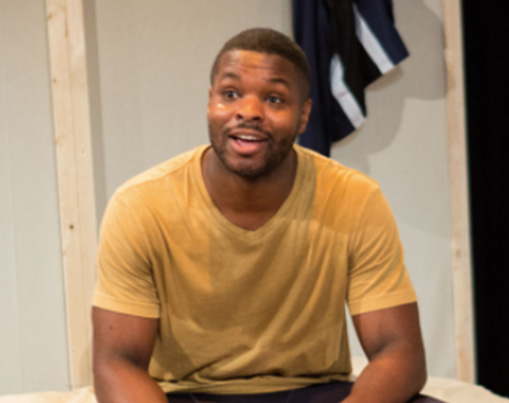 Darren is a performer, qualified former youth worker and writer who was involved with PPP through Cultural Warriors in 2010-12and recently joined The Verbatim Formula team.

Darren has worked with students and  young people from diverse backgrounds for various projects and organisations including University of West London, Roundhouse, National Youth Theatre and more. His book Power of 21: Pathways towards a brighter future was published in 2018.

Youth advocate for education, homelessness and human rights. Kismet is a creative with an interest within theatre, poetry and politics. A student at Goldsmiths University of London studying politics and international relations. She is expanding on her creativity to help further awareness on current adversities, young people face all over the world and help influence better policies in protecting the rights of a child.

Paula brings together photography and anthropology and works on documentary and commercial projects. Her photography essays can be seen at her website.